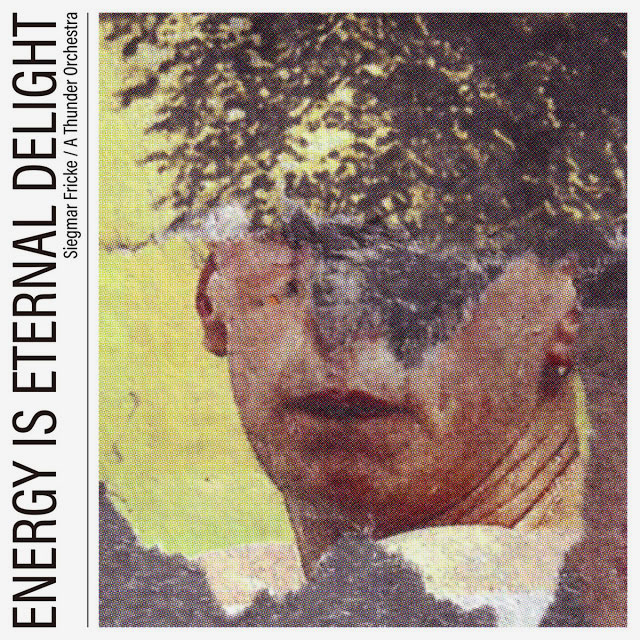 The first release on Calax Records is a re-release of the tape “Energy Is Eternal Delight”, co-released by Siegmar Fricke and A Thunder Orchestra. Pressed in Japan.

Although the original material was released exclusively on cassette in 1991 we re-release this album on double-vinyl with two unreleased tracks by Siegmar Fricke. The artist, based in Germany, has been working on music since the early 80s. At that time, he recorded sounds from the radio which were then sampled, transformed and recombined to rhythmic disco-collages of very unique nature and incomparable style. Moreover he has been continuously working on visual collages since 1984. One of his recent collages was used as artwork on the sleeve-front of our CALAX-release. Since 2001 Siegmar Fricke has been mainly concentrating on his experimental project Pharmakustik. A Thunder Orchestra is cult-artist from the 80s, who specialized in ambient, electronic wave and industrial music and who released them under several names: Danton’s Voice, White House White, A Thunder Orchestra and Ratbau.